Nature Conversations on the School Commute

Our school commute often turns into a nature conversation. We discuss the weather, the stage of the crop growth, the red-tailed hawks or eagles we see, and anything else we catch a glimpse of out the windows of the van.

The other day I mentioned that mourning doves reminded me of fluffy elderly women who might not be so sure on their feet anymore but provided soothing comfort to younger generations. This got us started on a theme and we jumped from bird to bird. Here’s what we envisioned:

Goldfinches — young school children running back and forth on the playground

Hummingbirds — a young “dandy” — someone excessively devoted to dress and style

Wren — a housewife with her apron tied around her waist

Mrs. Cardinal — all decked out and ready to go to town on family business

Mr. Cardinal — just a little too proud for his own britches

Turkey Vulture — a person who may appear to be scary, or unattractive, but in actuality proves to be a very helpful and necessary part of a community

This could sound silly, but it was a fun little game and it kept us amused and nature-focused as we drove home from school.

So who does your favorite bird remind you of? 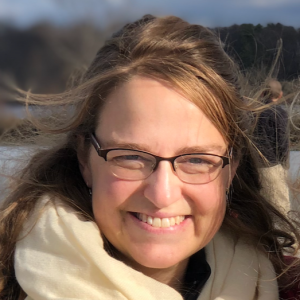 Get some creative inspiration from Heather’s newsletter.